We are proud of how people in our communities, both conservative and liberal, came together to protect the beautiful bobcats that roam freely around the parks.  We thank Governor Brown and all of the legislators who approved the bill and the vast number of supporters who deeply believed—a cast of thousands who care for the wild beasts of our sacred land.
Thank you all.
JTO 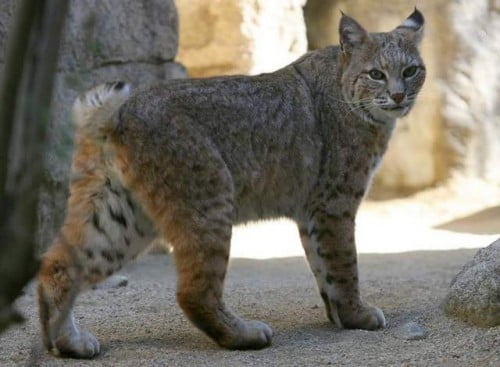 Gov. Jerry Brown has signed a bill that will prohibit fur trappers from catching bobcats near national and state parks and other wildlife refuges in California.

The Bobcat Protection Act of 2013, or Assembly Bill 1213, grew out of a controversy in the town of Joshua Tree earlier this year when a man found an empty cage trap on his property and other people noticed that bobcats they used to see had vanished.

The bill, which the governor signed on Friday, will establish a no-trapping zone around Joshua Tree National Park effective Jan. 1.

The bill also directs the California Fish and Game Commission to establish similar no-trapping areas for bobcats around other national and state parks, as well as around national monuments and wildlife refuges.

According to the California Department of Fish and Wildlife, 1,499 bobcats were taken by trappers during last year’s season, up from 457 bobcats two years earlier. Higher prices paid for the pelts, which are used to make fur coats, have been attracting more interest among trappers.

The bill, authored by Assemblyman Richard Bloom, a Santa Monica Democrat, will also prohibit trapping of bobcats on private land without the written consent of the owner.

In addition to signing the bill, Brown issued a letter asking the Legislature to work with his office “to secure funding to survey our bobcat population.”

The Department of Fish and Wildlife has based its management strategy for bobcat populations on several studies carried out in California in 1978 and 1980. 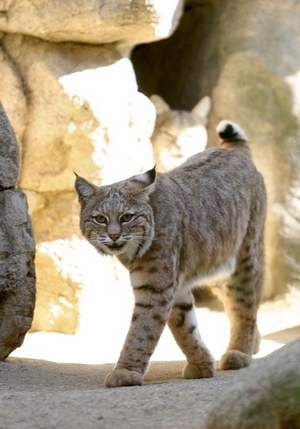 Once a new survey is carried out, Brown said the Fish and Game Commission “should consider setting population thresholds and bobcat trapping tag limitations.”

The bill’s approval was applauded by residents of Joshua Tree and by the Center for Biological Diversity, which had pushed for the law.

“The bill would never have happened absent the incredible effort put forth by the residents of Joshua Tree, who are fiercely protective of the national park and its wildlife,” said Brendan Cummings of the Center for Biological Diversity.

He said the governor’s statement was also significant “in that it recognizes that the department’s current trapping policies are premised on outdated science.”

Trappers and fur sellers had opposed the bill.

Nathan Brock, a trapper whose cage trap set off the controversy in Joshua Tree, said bobcat populations are healthy in many areas. He noted that California has supported larger harvests of bobcats in the past and that wilderness areas have grown in the state.

“This bill was a solution looking for a problem. If bobcats weren’t cute, this would be a non-issue,” Brock said in an email following the governor’s approval of the law.

But many in Joshua Tree say the ban on trapping makes complete sense.

Dale Allan Pelton, a former Hollywood production designer who owns a vacation rental home just north of the park, noticed last winter that a bobcat he often saw on his land had disappeared.

When the empty cage trap was found a few miles away, he became convinced that the bobcat had been among those killed, and he joined neighbors in sending out petitions supporting the bill.

Pelton expressed gratitude to lawmakers and the governor for approving the law, and said he was proud of how communities near the park had come together for the cause.

“Now we need to be certain that we secu­re corridors of passage so that wild animals can migrate freely from one protected zone to another,” Pelton said.

Doing that, he said, would help ensure a healthy ecological balance and preserve as many species as possible.